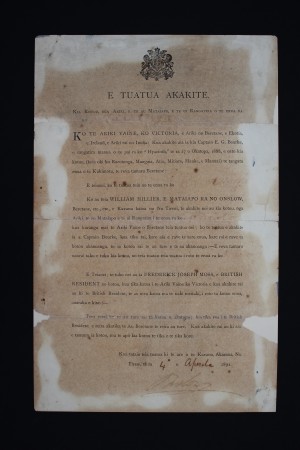 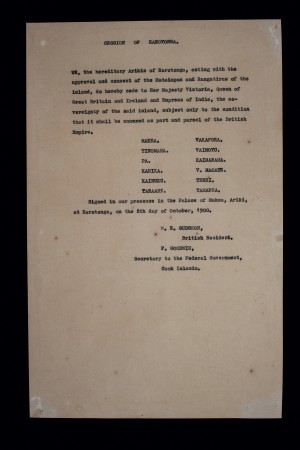 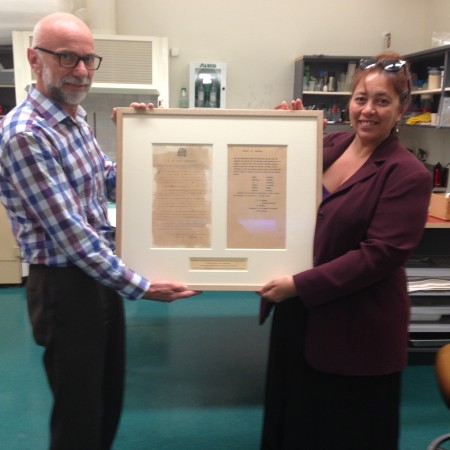 A fragile and rare two-paged document written in Maori, the language spoken by most of the population of the Cook Islands at that time, called the Proclamation (E Tutatua Akakite), signed by the Earl of Onslow, on 4th April, 1891, on behalf of the Queen of Great Britain & Ireland, placing a protectorate over the Cook Islands. This document marks the beginning of a relationship, which continues today with the Queen as the Head of State of the Cook Islands through the Governor General of New Zealand and the Cook Islands inheriting a Westminster parliamentary system.