You are here: Home / Archives for Registers

In the royal architecture of the Joseon Dynasty (1392-1910), names carried extraordinary significance.  They underlined the rulers’ political philosopy and ideology, and signified status.

The tradition of attaching signs to architectural structures is a popular cultural phenomenon in the so-called Chinese character zone in East Asia, dating back over 2000 years. The name boards and verse plaques on royal architecture of the Joseon Dynasty do not merely announce the functions and nature of the buildings, they are an agglomeration of holy teachings, verse, poetry, calligraphy, decoration and architectural art of those times. They are not only a symbol of social and cultural fashion, but also a way of expression of the ruling ideology philosophy of the Joseon dynasty, from which we can learn about the influence of Confucianism. The nominated documents are of great value for the study of history and architectural art, as well as the cultural exchanges among East Asian Countries in the Joseon Dynasty.

The Emerald Jungle (Mya Ga Naing) is a silent black and white film produced by A1 Film Production in 1934 in Myanmar. It is the most ancient Myanmar feature film still in existence.  The elements nominated are two dupe negative  prints  and  one positive print (all from a 1970 version of the 1934 film), which have been owned and stored at the National Film Archive Vault at Myanmar Motion Picture Development Department.

Mya Ba Naing was directed by one of the fathers of Myanmar Cinema. Considering the glorious past of Myanmar Cinema and its critical situation of conservation today, this film is a national treasure, and  an emblematic film for the Myanmar history of cinema in the colonial period.  As with other silent films, requiring only a change of title to be enjoyed outside the country, it was easily circulated in the region and beyond, as testified by the presence of a print copy found in the Arsenal Institute in Berlin, which was utilised for comparison during the recent restoration.

The efforts to locate, restore, digitise and provide long-term storage and accessibility via public screenings deserve to be recognised, especially as it has been encouraged through MoW and MOWCAP workshops and campaigns.

There are two documents which are the artifacts of collective actions undertaken by independent intellectuals of the Joseon period (1392-1910), to influence reforms in important state affairs toward ethical politics prescribed by Confucian ideology.

10,094 like-minded individuals signed the Ten Thousand People’s Petition for the Posthumous Enthronement of Crown Prince Sado, dated 1855, and the Ten Thousand People’s Petition against Dress Reform, dated 1884, bore the signatures of 8,849 persons. These two documents are early examples of a democratic process involving thousands of people and of the practical application of Confucian ethics to the sphere of government. In addition, they are the only surviving examples from seven mass campaigns of collective public action undertaken by Confucian intellectuals between the late 18th century and the early 19th century during the Joseon Dynasty.

The Four Treatises contain the sowa rigpa theoretical system and practice of Tibetan medicine developed since the 8th century AD combining the pre-Buddhist Bon knowledge and practices with Chinese, Indian and Persian medical traditions. It was further advanced in the 12th century to become more detailed and complete. Over the years it was translated into English, German, Mongolian, Japanese, Russian and other languages.

The texts consist of four xylograph versions,  known as Drathang (1546), Tadan (1640), Chagpori (1892), and Gadan Phuntsok Ling (1662) and one gold-ink handwritten version (1942), all stored at the Mentseekhang Traditional Tibetan Hospital in Lhasa.  The wood blocks of all except Chagpori were completely destroyed during the Cultural Revolution.  Among the five versions, the four xylograph versions of the Four Treatises, which were handed down from generation to generation, were the greatest treasure among all the ancient sowa rigpa texts collected by the Chagpori Sowa Rigpa School from all over Tibet in 1698. They were kept there until 1916, and have been well preserved in the Mentseekhang Traditional Tibetan Hospital since then.

It is noted that if other  alternate versions or related documents are identified, they could be eligible for addition to the inscription at a later date.

The World War Two records are a subset of the British Solomon Islands Protectorate (BSIP) collection. They  are the administrative records created during the time of the war and the aftermath of the war.  These documents are of  significance to the Solomon Islands, the Pacific region, the Japanese, the United States, British colonial history and the world generally.

The documents illustrate a time of great change in the Solomon Islands and the  warfare held in the Islands for the very first time. 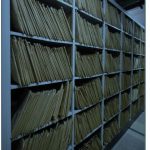 The Archives of Nanyang Volunteer Drivers and Mechanics  (Nanqiao Jigong) focus on more than 3,000 drivers and mechanics residing in Nanyang (an old Chinese name for Southeast Asia) who provided international material transportation during the Sino-Japanese War and World War II. The nominated archives consist of original, mostly hand-written documents generated in the process of recruitment, deployment and repatriation of overseas chinese volunteers as truck drivers during 1937-1947.

The documents are not only a record of wartime support by civilian volunteers from the overseas chinese community but also a testimony of the distinctive bonds between Chinese homeland and emigrant society in Southeast Asian countries.

The stone inscription is important evidence of the early history of Rakhine, especially from the late BCE to the eighth century CE, as no other contemporary inscriptions have so far come to light. It was discovered in the 19th century, and there is no doubt about its authenticity. The physical format of the inscription, engraved on one face of a tall four-sided pillar, is a rare surviving example of its type in South and Southeast Asia.  So far, only one face (in Sanskrit) has been able to be deciphered. Texts on the other faces in three other North Indian scripts have not yet been deciphered, and appear to have suffered significant damage and irrecoverable loss. The legible face is preserved nearly intact, with only the top 6 (out of 72) lines having been already damaged by the time of discovery.

This inscription is important for the dynastic and political history of first millennium Arakan and Southeast Bengal, being the only inscription from Arakan that gives a sequence of ancestors of a ruling king over several centuries, providing a narrative of first-millennium Arakan history, and giving allusions to political connections with Sri Lanka and the Andhra area in India and to religious Buddhist practices. No other reliable chronicles or oral history for Arakan in the first millennium have so far been identified, so this inscription provides new historical information. While Sanskrit inscriptions in verse form are widespread throughout South and Southeast Asia, there is no other extensive and relatively intact document that is formulated in Sanskrit verse style. In the context of Myanmar, Sanskrit has only ever been used extensively in Arakan, and never in the other parts of the country, and this inscription is by far the most extensive and best preserved example.

There are concerns regarding preservation. The pillar is preserved in a tiny hut where there are problems of humidity and salinity in the ground, and access by birds and other animals. 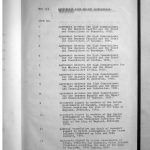 The Agreements with Native Governments are the only original documents that are evidence of when each of the Ellis Islands submitted to the British Empire.

The  documents are of significance as they provide evidence of a major cultural change that occurred with the impact of Western countries in the region. The Tuvaluan (Ellice Islands) people had their own way of life, however the effectiveness of these agreements gave power and authority to the British Empire over the Tuvalu (Ellice Islands) Islands people. Under the rule of the British Empire the people were also introduced to new rules, regulations and punishment which they never had encountered in their traditional way of life.

The documents are very rare, and are one of the few ways that the people of Tuvalu (Ellice Islands) can identify who were the Chiefs and Councillors in their island at the time the Agreements were made.  The islands face a threat from climate change and are vulnerable to the disaster.