You are here: Home / News / National Workshop Held in Yangon, 4-5 May 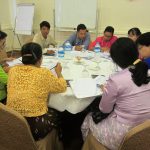 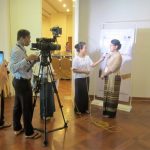 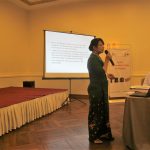 Myanmar’s documentary heritage is rich and diverse, ranging from ancient texts carved in stone and palm leaf manuscripts to cinema and audio-visual materials. As a developing nation, however, Myanmar faces major challenges in safeguarding this heritage and making it accessible to all.

UNESCO working closely with the Myanmar National Commission for UNESCO, held a national level Memory of the World (MoW) training workshop from 4-5 May 2017.

The workshop focused on increasing participants’ knowledge of and skills related to the MoW programme, particularly developing nominations to MoW registers and how the programme can bolster efforts to safeguard Myanmar’s documentary heritage through the establishment of a Memory of the World National Committee.

The training brought together people from government, libraries, archives museums and universities including:

As part of the training the participants identified a number of important collections for future nominations, including:

The workshop was facilitated by Dr. Ray Edmondson, Special Advisor to MOWCAP and Andrew Henderson, consultant with the UNESCO Bangkok office.

UNESCO will work with stakeholders in Myanmar to support the preservation and access to the country’s documentary heritage through the “Safeguarding the Documentary Heritage of Least Developed Countries (LDCs) and Small Island Developing States (SIDS) in Southeast Asia through the UNESCO Memory of the World (MOW) Programme” project.

The Myanmar project has four phases:

This project is possible through the generous support from the Government of Malaysia via the Malaysia Funds-in-Trust (MFIT) under the Malaysia – UNESCO Cooperation Programme (MUCP).

There was very positive  press coverage  from  Myanmar TV (MRTV)