You are here: Home / News / Petitions Inscribed on International Memory of the World Registers

The symposium included presentations on the Maninso from experts based in the Republic of Korea.  The keynote lecture was given by Dr. Mun-sik Kim, Professor in History, Dankook University who talked about the Political Significance of Maninso in the Joseon Dynasty.

At the end of the formal presentations there was much discussion about the two petitions and their significance.

The programme for the symposium is available here. 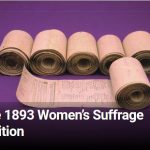 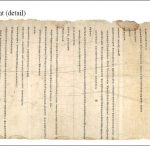