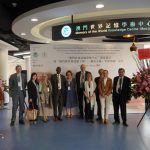 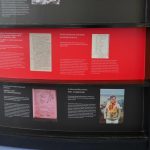 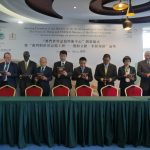 The main mission of the Centre is to support the MoW programme in the field of education and research, to spread MoW Studies in Macau, and to provide a solid ground for exploring synergies with the UNESCO World Cultural and Natural Heritage (WCH) and Intangible Heritage (ICH) programmes.

The Vice-Chairs of the MoW International Advisory Committee (IAC), Prof. Lothar Jordan and Prof. Papa Momar Diop, other members of the IAC and chairs of its sub-committees  and Macau government officers, archivists, librarians, historical researchers, scholars, and students were at the Opening Ceremony and the Forum which followed the opening.  The Forum had the  title: “Access to knowledge via access to archives and documents”.