Here is the  MOWCAP newsletter for December 2015.  Lots of MOWCAP activities in the last 6 months. 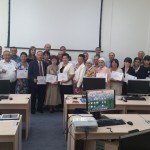 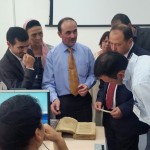 The activities of the “Memory of the World” National Committee of Uzbekistan in 2015 were focused through open solutions and supporting the digital preservation of documentary heritage. END_OF_DOCUMENT_TOKEN_TO_BE_REPLACED 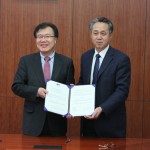 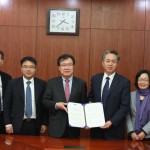 Signing of the MOU

Mr. Li Minghua, Chairman of MOWCAP signed the Memorandum of Understanding between the UNESCO Memory of the World Committee for Asia and the Pacific (MOWCAP) and the Asia Culture Center of the Republic of Korea (ACC) on Cooperation Concerning the Memory of the World (MOW) Programme in Asia and the Pacific with Mr. Bang Sun-gyu, President of ACC in Beijing on 9th December 2015.

END_OF_DOCUMENT_TOKEN_TO_BE_REPLACED 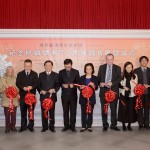 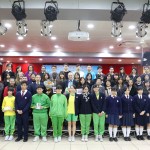 The Exhibition and Forum of Memory of World Programme and the significance of Historical Documentation were held on Dec 6 2015 in Macao Science Centre, with the purpose of stimulating public awareness on the importance of documentary heritage. The activities were organized by the Macau Documentation and Information Society (MDIS), together with Macao Youth Entrepreneurship Association, archives institutes, and research center. The Exhibition includes the topics of introduction of MoW and the value of documentary preservation, war’s disasters and the history, rethink on war, and appreciate peace.  Old photos and archives are being exhibited until 19 Dec.

END_OF_DOCUMENT_TOKEN_TO_BE_REPLACED

The preservation of documentary heritage materials is one of the daunting tasks of memory institutions worldwide. This task is becoming more and more important, not least because of the fast development of the Internet and the digital technologies as well as with the well-documented need for updated legislation at national and international levels. For UNESCO, it is beyond doubt that humanity’s documentary heritage is a fundamental expression of the richness and diversity of different cultures and traditions and its preservation is therefore considered of the utmost importance.

END_OF_DOCUMENT_TOKEN_TO_BE_REPLACED

Safeguarding documentary heritage has become the passion of five Archivists from the Pacific that met in Suva, Fiji from October 20th to the 22nd, 2015.

See here for the full report

There are  11 new inscriptions on the international register  from countries in the Asia Pacific region. Congratulations China, Indonesia, Iran, Japan, Korea, Myanmar and New Zealand

UNESCO, the Regional Committee for the Memory of the World Program Asia-Pacific (MoWCAP), and the State Secretariat of Tourism, Arts and Culture, Timor-Leste, have collaborated to hold a training workshop from the 27-28 of July 2015 in Dili, Timor-Leste.