You are here: Home / Archives for News

END_OF_DOCUMENT_TOKEN_TO_BE_REPLACED 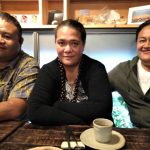 END_OF_DOCUMENT_TOKEN_TO_BE_REPLACED

The MOWCAP newsletter for Jan – Jun 2018 is now available

Ten new inscriptions to the MOWCAP register were approved at the MOWCAP 8th General Meeting held in Gwangju, Republic of Korea, from 29 May – 31 May.

Softwareheritage.org, UNESCO and Inria open the Archive of the Digital Age

Paris, 06 June—UNESCO and Inria will open the archive of Softwareheritage.org, a worldwide initiative to create a universal library of computer programme source codes since the dawn of the digital age on June 7.

One year after the signing of a partnership agreement between Inria and UNESCO, the launch event at UNESCO’s Headquarters on 7 June (3 to 4.30 pm), will include a demonstration of the website’s functions, with the participation of François Sillion, Chief Executive Officer of the French National Institute for computer science and applied mathematics (Inria).
END_OF_DOCUMENT_TOKEN_TO_BE_REPLACED

The establishement of the Committee was made possible by funding assistance received from the UNESCO Apia Office and the facilitating and guidance of the Tuvalu National Library and Archives together with the Tuvalu National Commission Officer to UNESCO.
END_OF_DOCUMENT_TOKEN_TO_BE_REPLACED

MOWCAP has been working closely with UNESCO to implement the Recommendation, Concerning the Preservation of, and Access to, Documentary Heritage, Including in Digital Form in the Asia–Pacific. UNESCO, Bangkok, has developed  a brochure to provide information about the Recommendation.

At the 38th session of the UNESCO General Conference in 2015, 195 countries voted unanimously in favor of the introduction of a new UNESCO Recommendation concerning the Preservation of, and Access to, Documentary Heritage Including in Digital Form.

The Recommendation is available in the following languages:

Action Plans to Implement the Recommendation in the Asia-Pacific:

In May 2017, a first regional consultation on the implementation of the Recommendation resulted in the adoption of the UNESCO-ASEAN Member States Action Plan for the Implementation of the Recommendation. ASEAN Member States, museums, archives and libraries have raised that one of the main challenges in the region for safeguarding documentary heritage is the lack of awareness amongst policy-makers and the public on the significance of documentary heritage.

In August 2017, the regional seminar on strengthening cooperation for the preservation and access to documentary heritage held in Tehran resulted in the adoption of the Regional Cooperation Plan for the Implementation of the UNESCO Recommendation on Documentary Heritage in Western and Central Asia. Delegates from Iran, Azerbaijan, India, Kazakhstan, Pakistan, Turkey and Uzbekistan participated in the meeting and raised the challenges of accessing to documentary heritage located outside the countries or owned by the private. The regional cooperation plan put the emphasis on capacity-building and identification of documentary heritage for joint nominations.

In September 2017, the regional workshop held in Fiji in conjunction with the Pacific Regional Branch of the International Council of Archives biennial meeting resulted in the development of the Pacific Member States Action Plan for the Implementation of the UNESCO Recommendation on Documentary Heritage. Delegates from Australia, Federated States of Micronesia, Fiji, Kiribati, New Zealand, Papua New Guinea, Solomon Islands, Tonga, Tuvalu and Vanuatu attended the workshop and helped to develop the plan of action.

The Pacific Action Plan was initially developed at a workshop held on Wednesday 6 September 2017 in Suva, Fiji.  The workshop was held in conjunction with the PARBICA (Pacific Regional Branch of the International  Council of Archives) biennial meeting and was made possible through the support of PARBICA and funding from the Asia Culture Centre.

Following the workshop there was consultation with other Pacific documentary heritage experts.

Information on all the action plans can be viewed here

Elections for the MOWCAP Bureau will be held at the next General Meeting in Gwangju, Republic of Korea. The key points of the MOWCAP voting process are summarized below:

–          The order of election will be as follows: first the Secretary-General, then the Chairperson and finally the three Vice-Chairpersons

–          If there is only one candidate for the Secretary-General’s position and there are no objections, we do not proceed to a vote

–          If there is only one candidate for the Chairperson’s position and there are no objections, we do not proceed to a vote

–          If there are 3 or less than 3 candidates for the Vice-Chairpersons’ positions and there are no objections, we do not proceed to a vote

–          The voting process will be chaired and scrutineered by UNESCO staff

Note: The candidates’ application forms, statements in support of the nomination, and other supporting documents will be distributed to registered delegates one week prior to the General Meeting meeting. 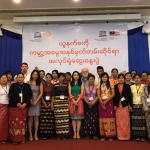 UNESCO has been working with stakeholders in Myanmar to support the identification, preservation and access to the country’s documentary heritage within the framework of the Malaysia-UNESCO Cooperation Programme. In cooperation with the Myanmar National Commission for UNESCO and the Myanmar Book Aid and Preservation.

Read more about this important initiative including the workshop that took place in Yangon on 20, 21 February 2018.